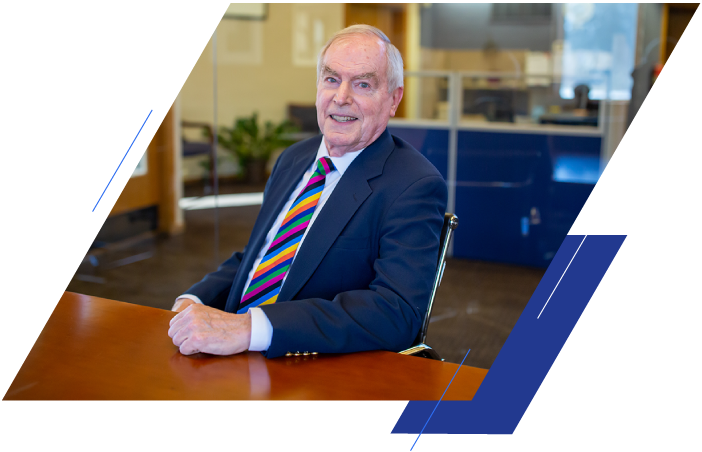 David D. Murray, a graduate of The University of Michigan College of Engineering (B.S.M.E.) in 1970 and the University of Toledo College of Law (J.D.) in 1977, passed both the Ohio Bar exam and the Patent Office registration examination in the fall of 1977. Since then, David has been engaged in the private practice of intellectual property law, beginning in Toledo, Ohio in 1976 and in Ann Arbor in 2000. David has prepared and prosecuted numerous patent applications, several through appeal and allowance. David has litigated both patent and trademark matters as plaintiff’s and defendant’s counsel, acted as an expert witness in several federal court actions, appointed a Special Master by Judge Avern Cohn of the U.S.D.C in Detroit and taught substantive Patent Law, Patent Prosecution and Copyright courses for 20 years, commencing in 1994.

David has extensive patent preparation and prosecution experience with automotive powertrain components, and mechanical, electromechanical and electrical controls, devices and systems. The relatively broad subject matter of his practice is partially the result of commencing his undergraduate study in electrical engineering and concluding it in mechanical engineering.

In 2000, David received the coveted AV rating from Martindale-Hubbell.

In the fall of 1994, David was appointed the Adjunct Professor of Patent Law at the University of Toledo College of Law, a position he held for 20 years. There he taught courses in substantive Patent Law, Patent Prosecution, Copyright Law and an Intellectual Property Law Survey course (Patents, Trademarks and Copyrights). He developed, received faculty approval for and taught the first Patent Prosecution course offered at the College of Law.

From the fall of 2002 until the spring of 2004, David also taught at the Ave Maria School of Law in Ann Arbor. Again, he taught a substantive Patent Law course as well as an Intellectual Property Survey course.